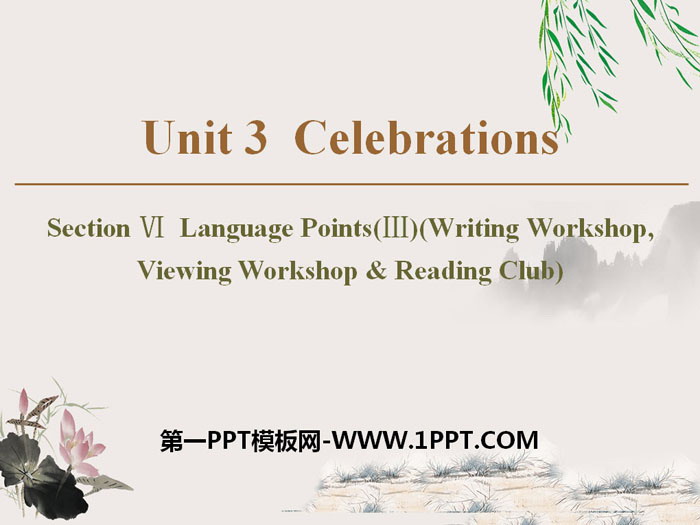 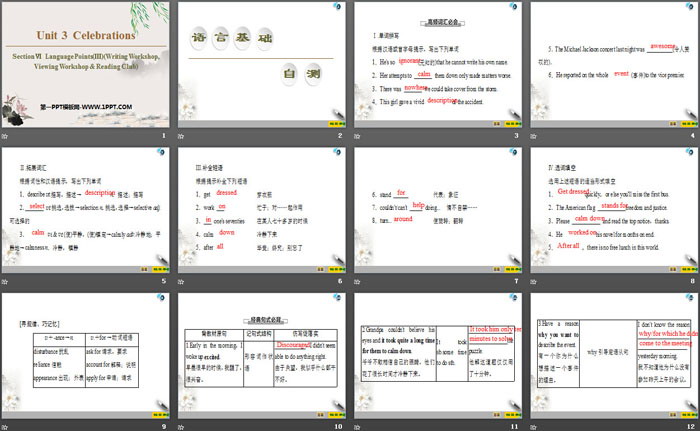 2．Her attempts to_______them down only made matters worse.

①The scenery there was beautiful beyond description.

②Rabies has been described_______one of the most terrifying diseases known to man.

(教材P62)For weeks I had been working on this，listening to Grandpa's stories，selecting his favourite music，and collecting photos from the family album.

①He selected a diamond ring from the supermarket.

③This city has been selected _______the site for the coming Olympic Games.

On Sunday，the second day of Spring Festival，a man was killed after he fell into the tiger enclosure while trying to get into the zoo in Ningbo，East China's Zhejiang province，without paying for a ticket.

The tragedy cost two lives，as the tiger was shot dead when zoo employees tried to rescue the man.

As news of the incident spread，the majority of voices online blamed the dead man for the animal's death.Some said this was a sign that people are becoming more cold­hearted.But they are wrong.People have been displaying increasingly more enthusiasm for helping those in need and participating in charity work.In 2016，the China Charity Federation received donations of 18.8 billion yuan($2.7 billion)in total，46 percent more than the donations received in 2015，and they sent helping hands to one tragedy after another.

People are just tired of forgiving those in the wrong.While sympathy is right，it has been abused too much.When somebody commits a crime，no matter how cruel the crime is，media outlets explain the criminal's miserable childhood and there are calls for forgiveness.When someone smokes in public，there are always people calling for tolerance.

People are fed up and angry with lawbreakers escaping their due punishments in the name of forgiveness and tolerance.

But going back to the tragedy at the wildlife park in Ningbo，the tiger's death shows the park was not well prepared for such emergencies.They did not have any tranquilizer guns that could sedate the tiger immediately and save the lives of both the man and the endangered animal.

In the meantime，it is necessary to raise people's awareness that the animals in zoos and wildlife parks are not domesticated pets，and of the need for visitors to observe rules for their own safety.

The man in the Ningbo incident paid for his fault with his life，but the tiger was killed for his fault，too.We sincerely hope no more tigers or humans will pay for such fault.

A man，trying to avoid admission fee，climbed over the wall，ending up costing his own life and the life of the tiger eating him in the zoo in Ningbo.(要点1)Many people blame the rule­offender for the death of the tiger(要点2) not because they are cold­blooded but because rules should be respected and sympathy shouldn't be abused.(要点3)To avoid such tragedies，the park should take more emergency precautions and the public should raise their awareness of obeying rules.(要点4)